On the basis of Kurt Skov’s endless social engagement, he wins a PwC-prize

To the PwC Denmark event for this year’s owner-mangers, Kurt Skov was awarded the ‘Hero of the Year 2022’ prize in the Southern Jutland region, Denmark. The award is characterised by a special focus on social impact which Kurt Skov has demonstrated over the years.

When Kurt Skov in 2007 handed over 75% of the company-ownership to the Blue Water Foundation, it was with the primary purpose to secure future ownership as well as supporting good purposes in the spirit of Blue Water.

In September 2022, Blue Water celebrated its 50th anniversary, and it was celebrated with all of Esbjerg – the city where it all started. An exhibition football match with DBU’s (Danish Football Association) old boys' national team, a record-breaking reception, free concert for the entire city as well as a company party where employees from global offices travelled to Esbjerg.

Besides, Kurt Skov has always been a prominent player within sports. A true sportsman with both feet solidly on the ground, where generosity to both elite sports and non-elite sports as well as securing jobs has been his purpose. 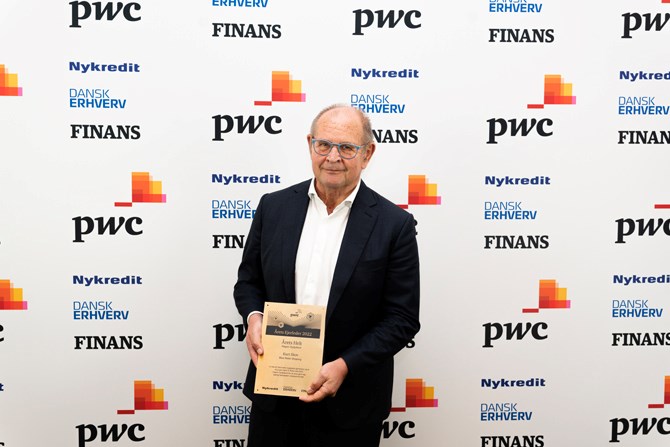