Blue Water’s scope of the project includes chartering of bulk vessel from Canada to Greenland as well as coordination of various shipments of material from Canada and Europe to Greenland to be used for the construction of the new airport.

Pennecon Heavy Civil is the Canadian company awarded the contract for the airport construction in Qaqortoq. The past few years, Blue Water has been in dialogue with the company regarding a solution where we assist Pennecon with their first shipments of materials and equipment for the airport construction. This has resulted in an agreement for chartering of vessel for loading material in two Canadian ports before departure to Qaqortoq for discharging directly onto barge. The barge will navigate into a beach close to the site. Blue Water is also responsible for chartering of the barge and tug from a local shipowner in Nuuk. 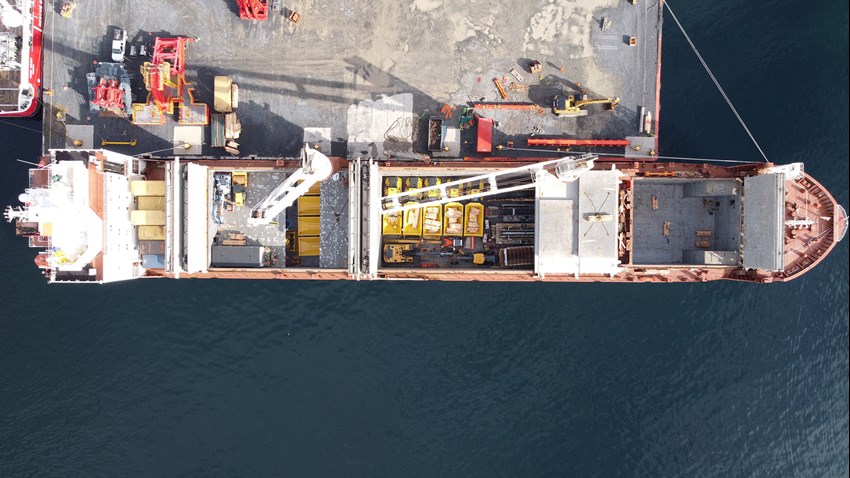 Working closely together utilising the synergy

“The project is in its initial phase, and loading of vessel in Bacancour, Quebec and Bay Bulls, Newfoundland has been successfully completed. The vessel is offloading in Qaqortoq at the moment. Blue Water handles the project in a close cooperation between our offices in Esbjerg/Denmark, St. John’s, Nuuk, Qaqortoq and Aalborg/Denmark”, states Rasmus Svane, Project Manager, Blue Water Esbjerg.

The Project department in Esbjerg is lead on the job, and Pennecon Heavy Civil has also hired Rasmus Svane as supervisor for the discharge operation in Qaqortoq, requiring close coordination between vessel, barge, pilot and client.

“Pennecon is extremely pleased with the expertise and knowledge of Blue Water in providing assistance to the airport project near Qaqortoq, Greenland. Our equipment and material mobilisation had some unique logistical challenges, and the support from Blue Water was world-class. Everything arrived safely, and our unloading operation has been going smoothly. Thank you to Blue Water for your professionalism. We look forward to starting our work in Greenland and embracing the community”, says Paul Smith, Project Manager, Pennecon Heavy Civil.

“Pennecon has an office in St. John’s close to our new office, and our local presence in both Canada, Greenland and Denmark was of vital importance to them. In the project we can utilise the synergy we have between the three countries which are completely in line with being a global and local freight forwarder as well as our Best in Town strategy”, says Rasmus Jakobsen, General Manager, Blue Water Canada.

The construction of the airport will be in progress for the next couple of years, and we look forward to the cooperation. 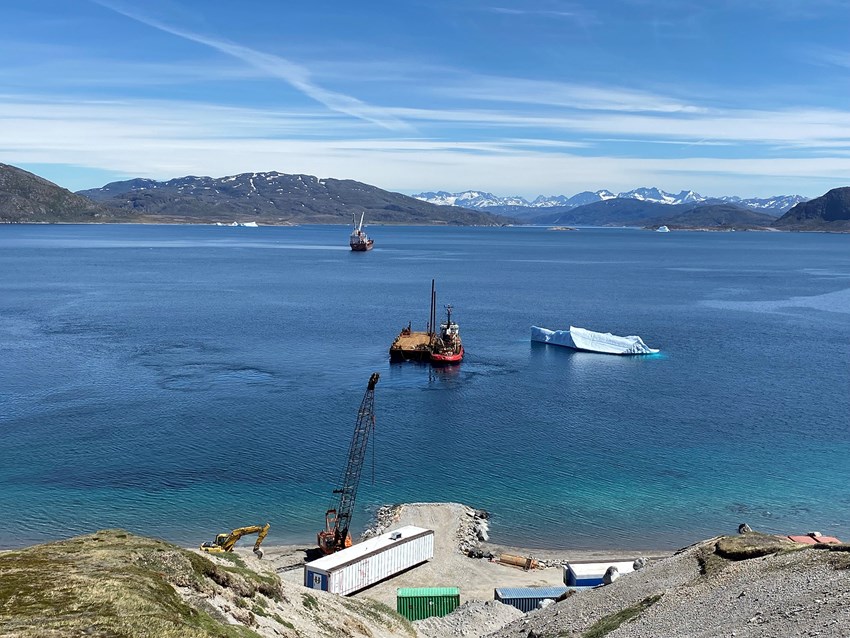