In June last year, Blue Water transported a hydraulic hammer - weighing 653 tonnes and measuring more than 22 metres in height - on behalf of our good client MENCK GmbH. In cooperation with the Dutch shipowner Amasus Shipping, the hammer was shipped on board their coaster MV “Arctic Rock” from Hamburg to Rotterdam to be used for the HKZ (Hollandse Kust Zuid) Wind Farm project in the North Sea.

In early September this year, we were entrusted with the return transport of the hammer from Rotterdam to Hamburg.

“We were responsible for the actual sea transport, lashing and securing on board as well as unlashing, and everything was planned and executed in close cooperation with Amasus Shipping. The entire operation went smoothly, and the hammer was returned safely and on time”, says Casper Frederiksen, Chartering Operator Energy & Projects, Blue Water Esbjerg. Casper was our coordinator on the project transport and looks forward to assisting MENCK on future projects. 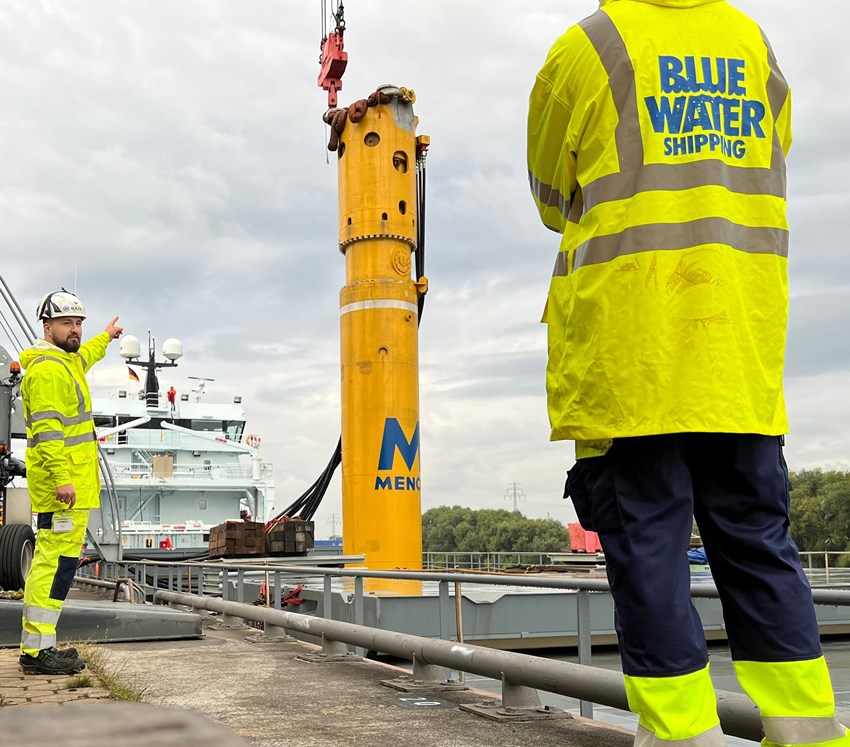